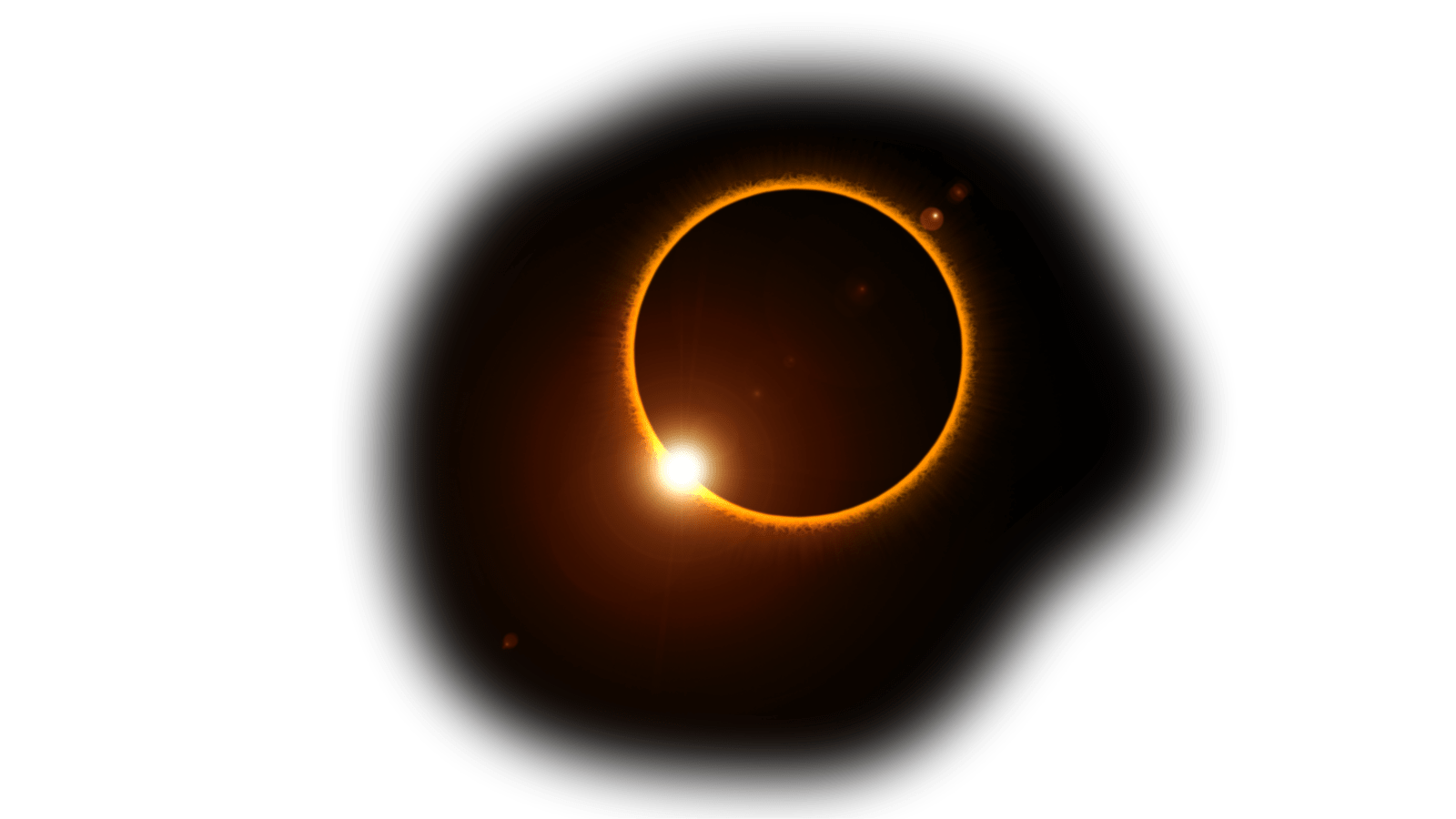 “Since the beginning of time, the Sun and the Moon have been locked in never-ending conflict—

a war carried out at the hands of Guardians: metaphysical beings tasked with protecting their celestial bodies’ sources of power.

For the Sun: the Scepter of Dawn, a tool of great strength and power.

For the Moon: the Mirror of Dusk, a guiding article of wisdom and truth.

For millennia this battle raged, and there was balance.

Support Development Become part of the team to receive exclusive updates and rewards!

A strange, yet familiar world...

The busy streets of the bustling metropolis pause to turn their eyes skyward.

Peering back at them is an eerie sight not beheld in decades: a black disc surrounded by tendrils of light grasping to pierce a looming shadow the size of the earth itself. It is as if a void has opened in the heavens, joining two forbidden worlds as one.

To the public, the display is but a scientific amusement.

To Tetsu Omori, it’s an annoyance.

At least on a regular day the crowds keep moving. During an eclipse, getting anywhere fast is impossible. And he’s already late for class.

Nothing an emergency detour to the subway station can’t solve—or so he thought. But even underground, this eclipse isn’t about to let him get away so easily…

One of 23 special wards forming the heart of the world’s biggest city.

The streets throb like arteries while a network of train and subway veins extends outward, the lifeblood of the entire prefecture.

For many, it is a place of business. For others, education. For some, it is also home.

Each day the city’s denizens complete their rituals of life and livelihood, ever crossing paths and intermingling but rarely speaking.

What silent voices beat within their hearts? Is the city truly what it seems?

A haven of knowledge in an uncertain society.

Though relatively young, in its brief history Shingetsu Academy has established itself as a reputable alternative to Japan’s larger and elder colleges and universities.

While early attempts to compete with their high-level classes largely failed, in the years since it has settled into a comfortable niche capable of providing work and educational opportunities that would be overcrowded elsewhere.

However, while it may promise a chance to stand out, every society has its limits. Indeed, showing up and proclaiming yourself to be a Guardian of the Moon just might stand out a little too much…

“The reflection reveals the form.”

Thus was the phrase coined by a Guardian many ages ago.

The world is not always as it appears. Truth is found not in what is seen, but in what sees. Like a mirror, it waits in the shadows, the windows, the stars… Few pause to look at it for fear of what might look back.

And there’s no greater mirror than the Moon.

For centuries it has presided over its realm without intrusion. But what might happen if a human were to breach its invisible barrier and enter the ‘other side’?

Tetsu Omori is a contented college student at Shingetsu Academy in modern-day Japan. Independent and socially withdrawn, his existence is an average, monotonous one, but at least it keeps people off his back.

… Or rather, it did, right up until he bumped into a strange girl on the morning subway train—literally.

Now his world is unraveling around him as he finds himself unexpectedly caught up in a search for the long-lost Scepter of Dawn alongside a mysterious Guardian of the Moon named Rei. Throughout his journey, Tetsu must balance the duties of school life while battling monsters in a parallel dimension accessed through mirrors, discovering unlikely friendships—and enemies—along the way.

Rei is the youngest of eight Guardians of the Moon: metaphysical beings tasked with preserving the order of the universe… and the Moon’s source of power, the Mirror of Dusk.

Hers was supposed to be a simple mission: get in the human realm, find a long-lost artifact, and get out. Instead, an unexpected encounter with human curiosity has left her stranded in the metropolis of Shinjuku, Japan.

With no recourse but the humans who ruined her plans in the first place, Rei must now learn to cope with life while continuing her search, trusting in the truth she holds secret.

Takuya Honami takes his role as student body representative at Shingetsu Academy very seriously. More seriously, perhaps, than his classmates take him. Despite being outgoing and generally likeable, his practical personality and dedication to obtaining knowledge keeps him on the fringe of every social circle in school.

Facts and figures are the only real friends he’s ever had… which makes a run-in with a Guardian of the Moon a most inconvenient addition to the equation.

Can Takuya reconcile the world he thinks he knows with the supernatural events happening all around him, or will trying only bring his world crashing down?

Shoko Fujikawa is everything every college student wants to be, and everyone knows it… except for Shoko. She’s talented, popular for her good looks and personality, and scores high marks in every class. Yet for all her fame, she possesses a stunted ego and seems ever preoccupied with something she doesn’t want to talk about.

For Shoko, the appearance of a Guardian of the Moon means more than rethinking reality: it’s an omen of everything she’s ever tried to run away from.

Mizuki Yamada was raised in a broken home which routinely saw him getting into trouble. Despite his penchant for mischief, however, there was always one thing he made sure not to screw up: his education. After all, knowledge is power… and there’s nothing Mizuki desires more.

Now a student at Shingetsu Academy, Mizuki’s goal of graduating has almost been realized. But with the world constantly against him, what lengths will he go to to rise above the competition? Will the arrival of the Guardians prove his undoing, or provide the opportunity of a lifetime?

Yugure no Kagami – The Mirror of Dusk is an urban-fantasy interactive adventure game built on an original engine designed to raise the bar for visual novel production.

Featuring multiple endings and a unique social progression system, Yugure no Kagami aims to provide over 30 hours of rich, engaging content suitable for many ages.